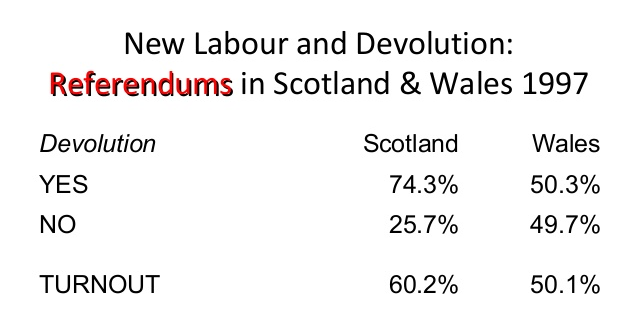 The Brexit Party has announced that it is contesting the Welsh elections next year on a flagship policy of abolishing the Senedd.

The Welsh Assembly – now called the Welsh Parliament, or Senedd in Welsh – was established in 1999 following a referendum in 1997 in which the Welsh people voted by a majority of just 6,721 votes to introduce devolution in Wales. A further referendum in 2011 on increasing the powers of the Senedd produced a rather more emphatic 219,752 vote majority in favour.

It’s more than a little bizarre that a political party established entirely on the premise of forcing the British government to respect the result of the EU referendum would base a whole election campaign on overturning the results of two referenda in Wales.

The latest polling Wales suggests that 22% are in favour of abolishing the Senedd, 24% want to leave it as it is, 20% want to give it more powers and 16% want Welsh independence. It looks like the end of the road for the Brexit Party’s four Senedd members.