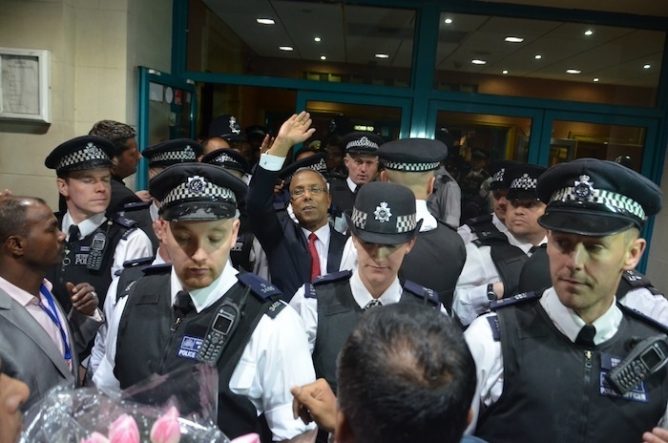 The British government have announced plans to introduce compulsory voter ID in a half-arsed attempt to tackle voter fraud.

Voter fraud is a real problem but voter ID will do very little to address it. The majority of voter fraud is with postal votes, not voting in person and for that there is no requirement to prove your identity. In fact, there is very little done in practical terms to prove a postal voter even exists.

The problem is that postal vote fraud is most common in areas with large immigrant populations and on the rare occasions that someone is actually prosecuted for postal vote fraud it’s usually someone of Pakistani or Bangladeshi origin. This isn’t speculation, it’s one of the conclusions of an investigation by the Electoral Commission. Attempting to tackle postal vote fraud by targeting communities where most of it is happening is denounced as racist of course it is vehemently opposed by Labour who benefit from it the most.

Postal voting on demand was introduced by Labour in 1999 and became law in 2000. It was sold as a measure to remove barriers to voting and increase voter participation. In reality it has resulted in widespread postal vote fraud which undermines trust in the system. Speak to most election candidates and they will have stories about the fraud that happens in elections and goes uninvestigated. Whether it’s “community leaders” collecting postal votes, “helping” people in care homes fill out their postal votes or simply inventing people who don’t exist or who live elsewhere, it is all facilitated by the availability of postal voting on demand.

Prior to the change to allow postal voting on demand, voters were required to apply to the local authority for a postal vote. To get one they had to give a valid justification for not going to the polling station in person on the day. Sickness, infirmity or holidays were valid reasons; laziness was not. The system worked perfectly fine and the only real disincentive to voters was that it made it very difficult to defraud the system.

There are, of course, instances of people committing voter fraud at polling stations and compulsory voter ID would probably put a stop to much of it but it is fixing the wrong problem. Postal voting on demand needs to stop.

Those who follow politics will be well aware of Lutfur Rahman, the former mayor of Tower Hamlets in London. He and his Tower Hamlets First Party were found guilty by a special election court of widespread fraud and corruption. The local authority was put into special measures, a delegation from the Department of Communities & Local Government took over the day to day running of the authority and Rahman and his cronies were booted out of office and banned from standing for election again for several years. But even with widespread voter fraud it still took years and the bravery of a few individuals to bring Rahman and his motley crew to justice. It was fought all the way by threats and intimidation, accusations of racism and editorials from left wing media deploring the witch hunt against those respectable men who were being unfairly targeted because of their ethnic background. What happened in Tower Hamlets and the stance taken by the media won’t change if voters have to produce ID to vote and the reaction by the Labour-supporting press (and the Labour Party itself of course) condemning the plans because it will deprive Labour of all those fraudulent votes backs that up. Returning officers will still be scared of investigating fraud for fear of being accused of racism, as will council officers checking ID for the same reason. Fear of spurious accusations will ensure the system remains open to abuse.

If compulsory voter ID does go ahead it will bring about a problem in itself. Whilst announcing the proposed change it was said that local authorities would provide a voter ID card free of charge to anyone who doesn’t have photo ID. That’s all well and good but how will the local authority prove the identity of the person requesting the ID card if they don’t have photo ID? What system can they put in place that is any different to what vetting system already exists for postal vote applications that fails to prevent fraud now? Fake identities will be legitimised by the existence of an ID card that is the product of a flawed system.

The biggest problem with the suggestion for me, though, isn’t that it’s proposing to fix the wrong problem or even that it will be quite obviously as open to widespread fraud as the current system is. It’s the idea of a compulsory ID card. These things are the thin end of the wedge, they always are. It will start with compulsory ID for voting and then it will be required for accessing council services. Then shops and other organisations will start requesting it and before long it will have to be centralised into one ID database by the British government to make sure it’s “safe and secure”. In a few years we will all be required carry an ID card by law. It might take a few years but it will happen, there is no doubt about it and I will not carry an ID card nor submit myself into an ID database. If that means I can’t vote then so be it but I will not participate in any ID card scheme.