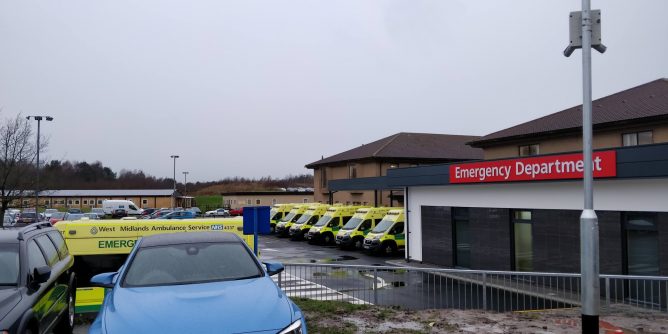 The MP for Telford, Lucy Allan, appears to have had a devolution-related epiphany.

The Clinical Commissioning Group (CCG) covering Shropshire has plans to downgrade the accident and emergency department at the Princess Royal Hospital in Telford and operate just one A&E at the Royal Shrewsbury Hospital.

When the CCG carried out its statutory consultation on what it optimistically calls “Future Fit” it didn’t just consult residents in Shropshire but included those in Mid Wales who fall within the catchment area of the Royal Shrewsbury Hospital. Unsurprisingly, people in Mid Wales supported the plan to centralise the A&E service at Shrewsbury.

One of Montgomeryshire’s AMs has expressed his delight that Shropshire’s single site A&E is going to be close to Wales, as has the British Secretary of State for Wales. They’re happy because a town with a larger population than the whole of Powys and which will soon have a larger population than Powys and Ceredigion combined is losing the A&E its residents pay for because it suits people in Powys and Ceredigion who don’t.

The question is, would this have happened if we had an English Parliament? My answer is that the chances of it happening would be infinitesimally small. An English government directly elected by people in England to represent English interests alone would have been unlikely to allow the downgrade of a hospital in England to mitigate the Welsh government’s underfunding of the Welsh NHS. An English Secretary of State wouldn’t “fully back” plans to close an A&E in England because it makes it easier to service people living in Wales to the detriment of people in England. It is because England is still under direct rule of the British government that these things are allowed to happen in England and it because these things keep on happening that we need an English Parliament, Executive and First Minister to represent English interests.