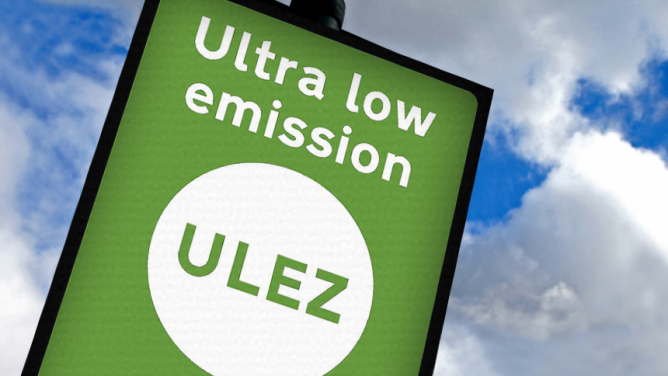 The British Department for Transport is launching a public consultation on the introduction of road pricing to replace car tax to plug the £40bn black hole in the public finances that would result from the wholesale switch to currently untaxed electric vehicles.

This idea has been mooted in the past and resulted in a petition gaining over 2m signatures opposing the idea. The British government dropped road pricing but apparently only for a few years.

Now, I’m not opposed to the idea of paying for the amount of wear and tear you cause on the roads by linking vehicle tax to the weight and number of miles you travel. If you do the school run in a 4×4 you would pay a higher rate than someone doing it in a Fiat 500 because heavier cars cause more damage to the roads. If you do 20,000 miles a year you would pay more than someone who does 10,000 miles a year because double the distance means double the damage. Petrol and diesel cars should attract a higher tax rate than electric cars because air pollution dirties and damages street furniture and the built environment as well as causing health problems, treatment for which is paid for by the taxpayer. The more a vehicle pollutes the more it should cost to run as more pollution means more cost to the taxpayer.

What I do oppose, though, is the idea of tracking vehicle journeys under the cover of road pricing. It is illiberal and dangerous to give the state the ability to routinely track our movements. EU legislation that requires a satellite tracking device to be fitted to new vehicles has already come into force this year. It is sold to the public as a safety feature to allow emergency services to locate your vehicle in case of an accident but its real purpose is twofold: firstly, it provides a much needed income for the unneeded, unwanted and unreliable Galileo satellite navigation system the EU built and secondly, it allows road pricing to be introduced. The British government have (of course) decided to keep this law because there’s nothing they like more that being able to track and tax people with impunity.

I am fortunate to be able to afford the price premium an electric car attracts. I have driven many thousands of miles at no cost which has more than made up the difference in price compared to a petrol or diesel car. It’s also infinitely better to drive than a petrol or diesel car and I would never go back to burning dead dinosaurs to get from A to B but that’s another topic entirely. Driving an electric car means I don’t have to pay road tax which (with free charging options available to me) means I can sometimes go months without it costing a penny to run. It’s nice while it lasts but it’s not sustainable to continue not taxing electric cars and I don’t mind paying my fair share.

There is a partial solution available to the problem of road tax payments being in decline and it can be implemented in three weeks’ time. Irish hauliers use England and Wales as a “land bridge” to the EU and contribute nothing to the upkeep of our roads. There are an estimated 150,000 Irish lorries using our roads to get to the continent and I have no idea how many journeys those lorries make in a year. Charging a reasonable fee every time a foreign vehicle travels on our roads could generate hundreds of millions in tax to fund our roads and other public service, keeping down the burden on UK motorists.

If a road pricing scheme is introduced it needs to consist of something like congestion charging and/or ULEZ in towns and cities or perhaps an annual tax based on miles travelled, the distance being recorded by the MOT tester every year. It must not include any draconian surveillance technology. Big Brother does not need to know where we are at any given time.

It must also fairly attribute costs to heavier and/or more highly polluting vehicles, incentivising lighter and cleaner vehicles. Equally importantly, a road pricing scheme must take into account ability to pay and need.

A disabled person may need a larger vehicle and that vehicle might not be clean and efficient. They should not be penalised. Nor should large families that need a large enough vehicle to fit everyone in. There is an argument that people should only have the children they can afford and that making allowances based on the number of children is in effect a state subsidy but when an estimated 42% of marriages in the UK are expected to end in divorce it is increasingly common to have a large blended family.

To make road pricing fair will not be a simple task. It will require careful thought and a level of intelligence and foresight that is almost entirely absent in the civil service. This means that any road pricing scheme is almost certain to be inherently unfair to those who are responsible and to those who can least afford to drive because this is what always happens when civil servants try to come up with a one-size-fits-all policy that involves taking or paying out money and it is for that reason that I will continue to oppose the introduction of road pricing by the British government.